Why Weight Training Is Ridiculously Good For You

P365Fitness/Blog/Uncategorized/Why Weight Training Is Ridiculously Good For You 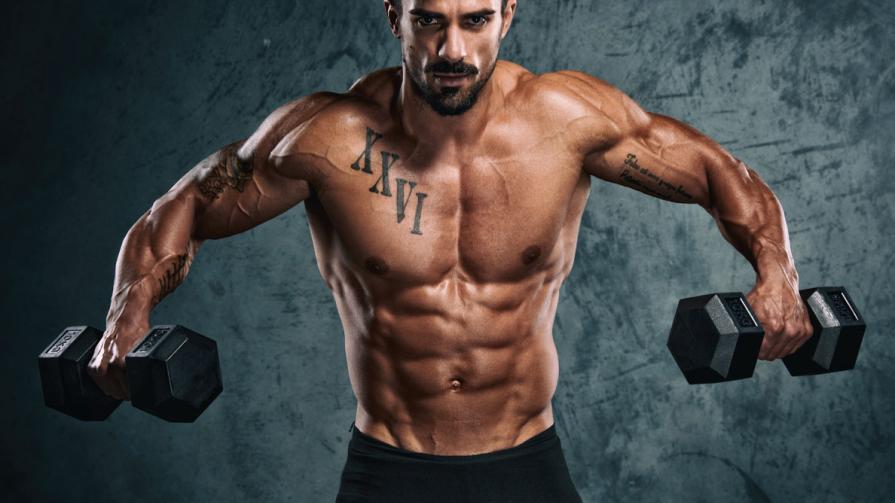 For many, weight training calls to mind bodybuilders pumping iron in pursuit of beefy biceps and bulging pecs. But experts say it’s well past time to discard those antiquated notions of what resistance training can do for your physique and health. Modern exercise science shows that working with weights—whether that weight is a light dumbbell or your own body—may be the best exercise for lifelong physical function and fitness.

“To me, resistance training is the most important form of training for overall health and wellness,” says Brad Schoenfeld, an assistant professor of exercise science at New York City’s Lehman College. During the past decade, Schoenfeld has published more than 30 academic papers on every aspect of resistance training—from the bio-mechanics of push-up to the body’s nutrient needs following a hard lift. Many people think of weight training as exercise that augments muscle size and strength, which is certainly true. But Schoenfeld says the “load” that this form of training puts on bones and their supporting muscles, tendons and ligaments is probably a bigger deal when it comes to health and physical function.

“We talk about bone resorption, which is a decrease in bone tissue over time,” he says. When you’re young, bone resorption is balanced and in some cases exceeded by new bone tissue generation. But later in life, bone tissue losses accelerate and outpace the creation of new bone. That acceleration is especially pronounced among people who are sedentary and women who have reached or passed menopause, Schoenfeld says. This loss of bone tissue leads to the weakness and postural problems that plague many older adults.

This is the Best Workout for Women:

“Resistance training counteracts all those bone losses and postural deficits,” he says. Through a process known as bone remodeling, strength training stimulates the development of bone osteoblasts: cells that build bones back up. While you can achieve some of these bone benefits through aerobic exercise, especially in your lower body, resistance training is really the best way to maintain and enhance total-body bone strength.

Research links resistance training with improved insulin sensitivity among people with diabetes and pre-diabetes. One study published in the journal Diabetes Care found that twice-weekly training sessions helped control insulin swings (and body weight) among older men with type-2 diabetes. “Muscle is very metabolically active, and it uses glucose, or blood sugar, for energy,” says Mark Peterson, an assistant professor of physical medicine at the University of Michigan.

During a bout of resistance training, your muscles are rapidly using glucose, and this energy consumption continues even after you’ve finished exercising, Peterson says. For anyone at risk for metabolic conditions—type-2 diabetes, but also high blood pressure, unhealthy cholesterol levels and other symptoms of metabolic syndrome—strength training is among the most-effective remedies, he says.

Strength training also seems to be a potent antidote to inflammation, a major risk factor for heart disease and other conditions, says Schoenfeld. A 2010 study from the University of Connecticut linked regular resistance training with inflammation-quelling shifts in the body’s levels of cytokines, a type of immune system protein. Another study from Mayo Clinic found that when overweight women did twice-weekly resistance training sessions, they had significant drops in several markers of inflammation.

Some of the latest and most surprising research is in the realm of “light-load training,” or lifting very small weights. “It used to be thought that you needed to lift heavy loads in order to build muscle and achieve a lot of these benefits,” Schoenfeld says. “That’s what I was taught in grad school and undergrad, but now it looks like that’s completely untrue.”

Why Men Have More Body Image Issues Than Ever:

He says lifting “almost to failure”—or until your muscles are near the point of giving out—is the real key, regardless of how much weight you’re using. “This is a huge boon to adherence, because many older adults or those with injuries or joint issues may not be able to lift heavy loads,” he says.

If all that isn’t convincing enough to turn you onto weights, perhaps this is: maintaining strength later in life “seems to be one of the best predictors of survival,” says Peterson. “When we add strength…almost every health outcome improves.”

“It used to be we thought of strength training as something for athletes,” he adds, “but now we recognize it as a seminal part of general health and well-being at all ages.”